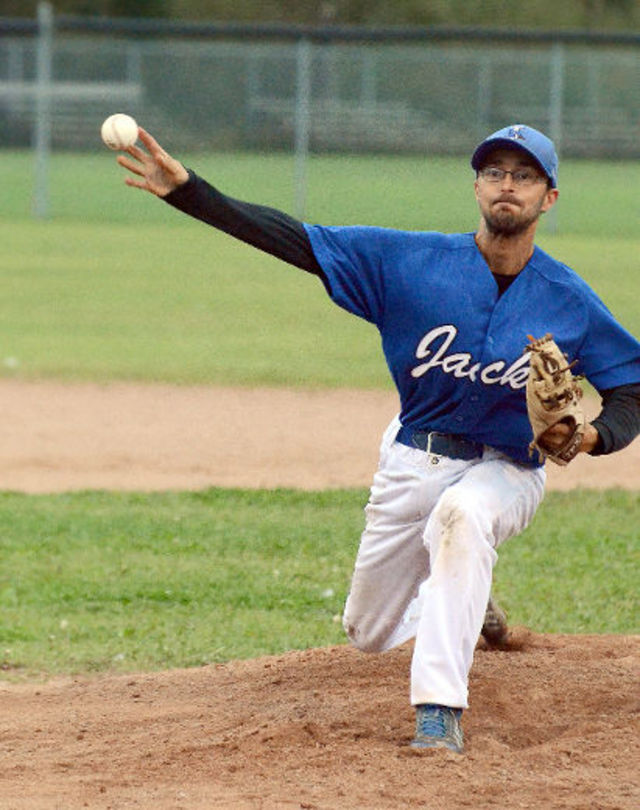 A 5-4 victory in the error-filled contest which saw the two teams combine to make a dozen miscues will see the Whiskey Jacks advance to play either the Champoux Homes/Wacky Wings Orioles or the Lessard-Stephens Red Sox.

The Orioles lead that best-of-five semifinal series 2-0 and Game 3 was scheduled to be played Tuesday night, but details from that contest were not available at press time.

Monday night, the Brewers jumped out to a 2-0 lead in the bottom of the first inning.

Sheldon Belanger doubled to lead off the frame and then moved up to third base when Dave Quachegan reached base on an error by Whiskey Jacks second baseman Nick Hway.

Thomas Scripnick followed with a two-run single that plated both Belanger and Quachegan.

The Whiskey Jacks responded with a run of their own in the top of the third inning to cut the home side’s lead to 2-1.

Jamie Dagenais reached base on an error by Brewers short stop Kevin Furtney to get the ball rolling.

He was able to move up to second base when Dave Quachegan’s pick-off attempt eluded first baseman David Chantigny and then to third base on a passed ball.

Mike Kazienko then followed with an RBI single that allowed Dagenais to cross the plate with the Whiskey Jacks’ first run of the game.

After holding the Brewers off the scoreboard in their half of the frame, the Whiskey Jacks scored three more runs in the top of the fourth inning to take a 4-2 lead.

Hway reached base on an error by Brewers third baseman Andrew Alexander to lead off the frame. He stole second base and was then able to move up to third base and come in to score on a pair of passed balls.

The next two Whiskey Jacks hitters, Alain Quevillon and Owen Rigg were hit by pitches.